SEO myths: Since the introduction of Pentium PCs till now, marketers are link building and focused keyword optimization. They are yet to know that SEO has totally changed (in recent years).

Artificial intelligence (AI) is the next enormous thing as researchers at Google are discovering ways to incorporate it in ranking pages in the web search engine.

Be that as it may, regardless of what we accomplish in SEO, a few SEO myths are difficult to dispense with. A few SEO myths exist from the past while some are born out of confusions and misinformation spread through different uncontrollable means.

Here is the list of most common SEO myths:

At whatever point arguing about SEO, a few people view it to be as before (in the past). This statement stands corrected in the sense that organic search generates well more than 51% of the traffic to websites in the entire world. Thus, SEO ain’t going anywhere.

Numerous marketing agencies consider link building their major priority. In any case, Google’s algorithm has seen a few changes after which, the point has shifted from quantity of the link to the quality of the link. The past however has indicated such patterns where the target audiences or readers were bombarded with links of online stores and running businesses.

However, the present is entirely different from its past as now, the emphasis is more on giving better quality to the end user. Another real reason behind why Google has taken after this step is that it enables Google to differentiate between the individuals who should be rank on top from the individuals who are of no good. Thus, this eventually improves the audience experience.

#3.  Focus on mobile versions of a site isn’t important:

To get this statement countered, realize that mobile web usage surpassed desktop usage in 2014 for the first time. Moreover, Google punishes websites which aren’t user friendly. Mobile usage is expanding day by day and by the year 2035, half of the universes are estimated to have a smartphone or cellphone.

Hence, with such immense reach, cell phones silence every critics who considers the smartphones are getting to be obsolete (which they are most certainly not). This makes it one of the SEO myths you never knew.

#4. Focus on image optimization not required:

Of all the SEO myths; Small businesses can’t reach the targeted level of success because of this particular SEO myth. Around 40% of the Google search queries are very local where local clients are searching for products and services that your business may offer (in case you’re visible to them).

Back in the days, it was altogether based on quantity however now, it’s about quality now. For instance, you may have a hundred pages of content however in the event that its quality is poor; the numbers are useful in vain. Henceforth as said over, the modern world does not center around being outnumbered but instead being useful.

From any heading, SEO isn’t manipulative in the present. In any case, manipulation existed before however not any longer as Google has cracked down on this and made it more difficult. Keep in mind SEO is a tool and any tool can be abused by the individuals who have negative intentions.

#8.  Google does not consider SEO important:

A common among SEO myths a long way from reality as Google promotes the individuals who promote search engine optimization (SEO). Yet, not through manipulative SEO strategies based to improve the content ranking.

Presumably the oldest of all SEO myths. You are not bound to tell Google about your site (so as to be ranked). The search engine will craw over your site a couple of hours after its being published.

#10.  Keyword optimization is the most important step:

True previously (in the past), not any longer. Artificial intelligence (AI) helps Google in eliminating this step and does not expect you to embed similar keywords on your site. The target now is to center only around quality content creation.

Rankings are essential however the main source of success as conversions and sales are somewhat more important. A few keywords may not be ranked on the first page, but rather would in any case make revenue.

Try not to focus around quantity, go for quality. One pertinent backlink from a reputable site outperforms a thousand backlinks from average sites.

SEO is the complicated process no doubt and the presence of misconceptions SEO myths is difficult to eliminate. In case you’re new in the business, endeavor to seek for some advice from an expert in the field as opposed to entering the market with no knowledge.

Hence, we won’t be wrong to state technology brings change and this change brings about the extinction of at least one or more methods that were being used as a part of the present. Be that as it may, the fundamental objective is to benefit the client one way or the other.

What’s more, you may execute update yourself with every new single software in market that would keep all the prying eyes from turning into a hindrance between you and the success you want.

Thanks for reading Few SEO myths that you never knew. You might have come across any other SEO myths aside those mentioned feel free to drop them in the comment box. 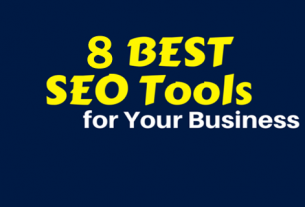 8 SEO TOOLS FOR YOUR BUSINESS 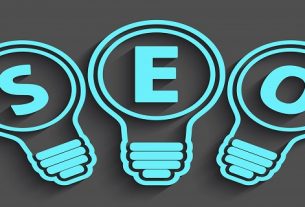 THE BENEFITS OF IMPLEMENTING AN SEO STRATEGY 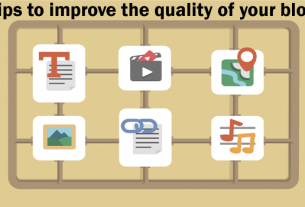 5 TECHNIQUES TO IMPROVE THE QUALITY OF YOUR BLOG

5 thoughts on “Few SEO myths that you never knew!”